Finalization of the documents for the Thaya middle and upper reaches

On Oct. 8, 2021, the documents for the special disaster control plan for Thaya floods were handed over to the 24 municipalities of the two water boards. After several years of processing, extensive basic data are now available for the preparation for and the organized processing of flood and flashflood- related emergency operations.

The ceremonial handover was made by politician Stefan Pernkopf, whose appeal for the population to take their own precautions to reduce damage after heavy rainfall events was very much in the spirit of the special disaster control plans that had been drawn up. 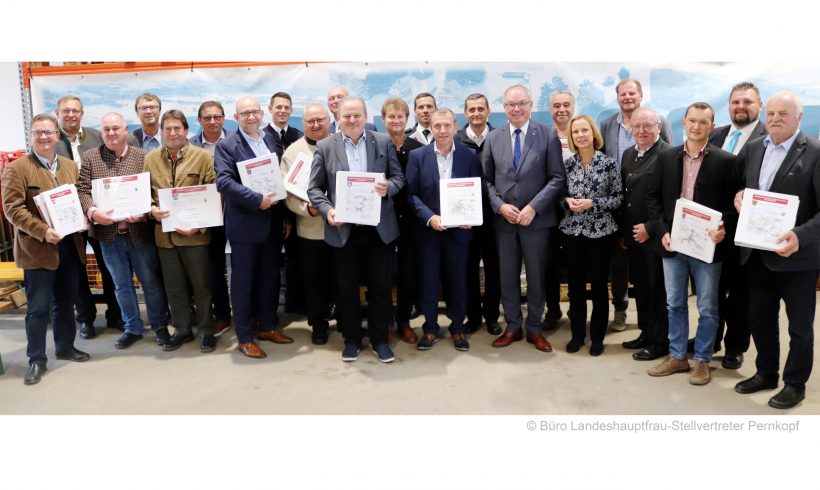