With full Commitment at the ‘Water Biathlon’! 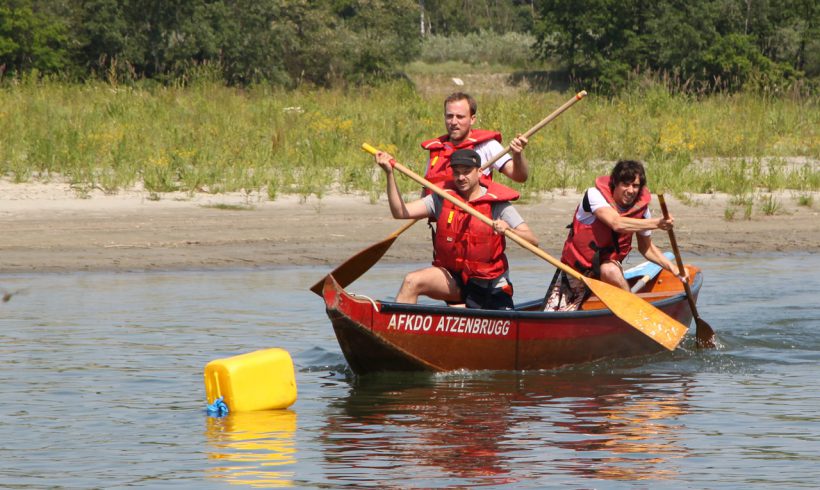 Following a pause in 2016, RIOCOM participated again with full commitment in the event in 2017. In marvellous weather and summery temperatures everyone was paddling, running and sweating.

After the barge competition, however, it was already clear: There will be no top position this year. The turn at the buoy – once again – was not quite optimal. Thus, the consistently good running results could not substantially improve the  result. At the end we were in 18th place of a total of 57 participating teams.

By the way, our team chose the name ‘the team I personally like the most’ – also the moderator should get a little sweaty. In any case, the participation of RIOCOM is already planned for next year. But we want to learn how to paddle with the barge in advance, a top 10 place is the declared goal!

A big thank goes to the organizers of the event for the professional handling, the great ambience and the cordial atmosphere.