35 years ago, demonstrators clung to excavator shovels in the Danube wetlands … 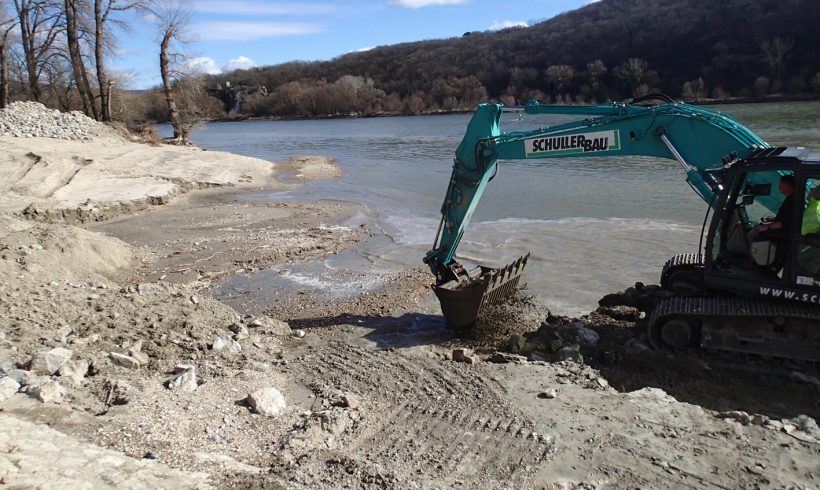 After “Hainburg 1984”, the Spittelauer Arm is returned to the Danube

The occupation of the Stopfenreuther Au in 1984 prevented the construction of the Danube power plant Hainburg. This is exactly where RIOCOM is currently supervising the excavator shovels to ensure that the renaturation measures planned by us are successfully implemented.

That three-kilometre long Danube side arm, called Spittelauer Arm, where the power plant should have been built in the mid-1980s, is now being generously connected to the main river again in the course of the LIFE project “Dynamic LIFE Lines Danube”.

The Spittelauer Arm had been fixed by stone structures in the course of the regulation in the 19th century and had been cut off from the discharge. Now, four massive stone cross structures, so-called traverses, are completely removed.

The Danube should thus in its wetlands regain the freedom to create valuable habitats for plants and animals, especially current-loving fish species and rare bird species, through its own dynamic development. At the same time, the division of the discharge will relieve the river bed in the main channel.