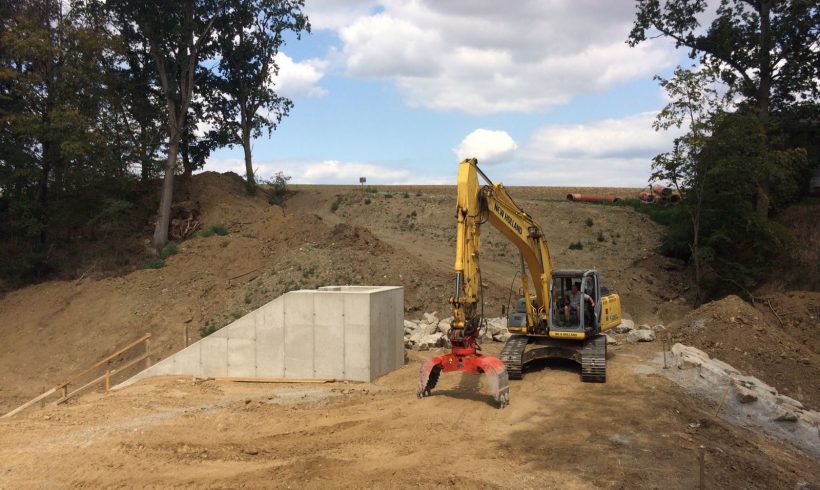 After almost a year of construction, the retention basin is already well advanced

RIOCOM carried out the submission planning on behalf of Marktgemeinde Sigmundsherberg. Now the building, that will protect Theras from flooding in the future, is under construction.

Chronology of the works:

More details about the project:
http://www.hochwasserschutz-pulkautal.at 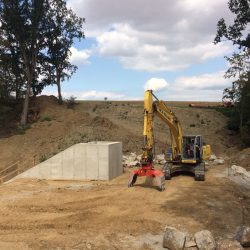 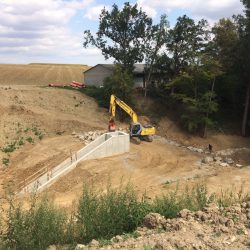 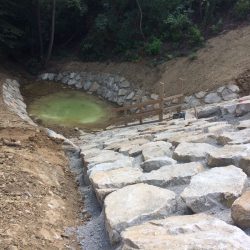