Application of the Software Visdom in the Danube and March region 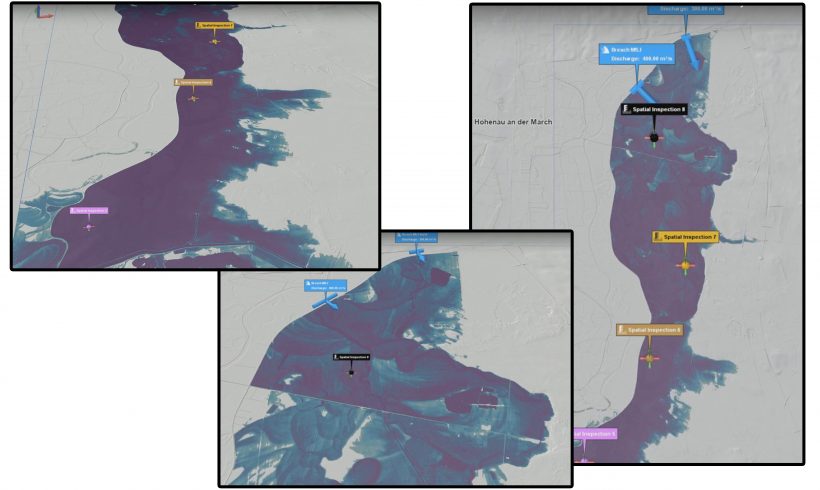 In the Austrian-Slovakian border area, country cooperation is an important basis of flood protection. The simulation software Visdom was used for the 2D hydrodynamic modeling of the Morava and Danube regions in order to create an important basis for the improvement of measures against river floods in Slovakia.

The current summer brought extreme weather and flooding for many countries. Germany in particular, but also Austria and Slovakia were affected by destructive water masses. This is not an isolated event, as extreme weather events such as intense heat or heavy rain are becoming more frequent due to climate change. With every degree of warming, the air can absorb seven percent more water and also rain it down again. This will lead to more frequent flooding in the future. This makes it all the more important to start disaster prevention early enough.

The most effective tool in the fight against water masses are precautrionary measures: digital simulation of heavy rain and flood events is the best way to identify weak points. In the Interreg project “ProDaM – Protect Danube and Morava”, the project partners Riocom, AFRY and VUVH implemented the 2D hydrodynamic modeling of the Morava and Danube basins on behalf of Viadonau, the Province of Lower Austria and the Slovak State Water Management Agency (SVP). This was the basis for the optimization of the joint flood protection system at the Austrian-Slovakian border waters March and Danube.

Based on a laser scan (1m x 1m) of the terrain, a digital twin of the region was created, which was used to run hydrodynamic numerical scenarios using the interactive simulation and visualization software Visdom developed by VRVis. Simulations of extreme overload events, such as a fictitious dam failure at the Slovak Morava flood control dam north of the village of Moravsky Sväti Jan, were also used to digitally test the stability of discharges set in the hinterland. The visualization of the discharge conditions provides an important basis for decisions on further protection measures.